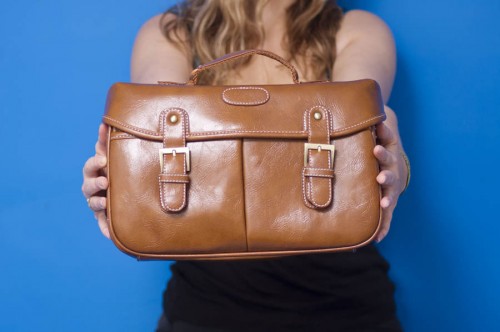 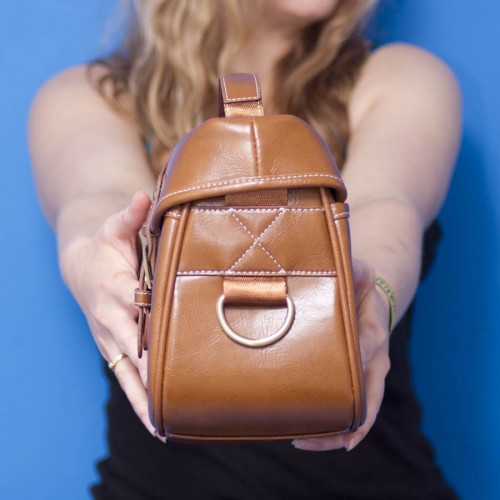 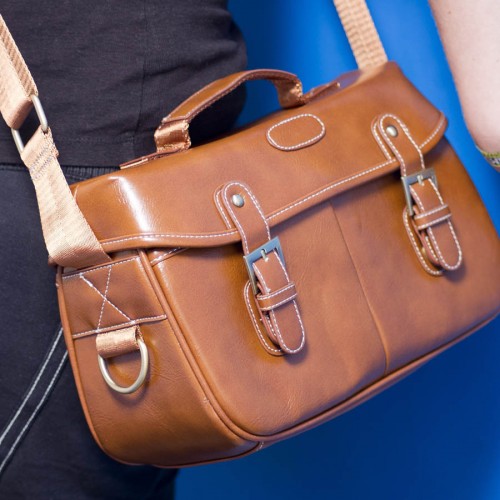 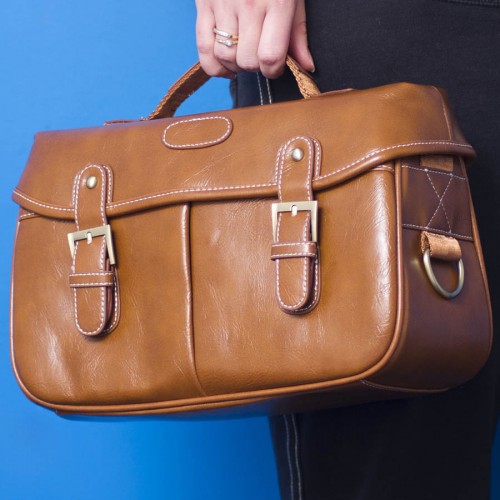 See, I told you I’d be adding more stuff this week, this time it’s the a smaller version of a bag that has been on Rigu for most of the year, but some people don’t want to carry around a larger bag and just need something that can hold their camera body, a medium sized lens, and a few accessories.
Pick it up here: http://rigu.co.uk/camera-bags/dslr-camera-bag/brown-leather-satchel-dslr-bag-medium 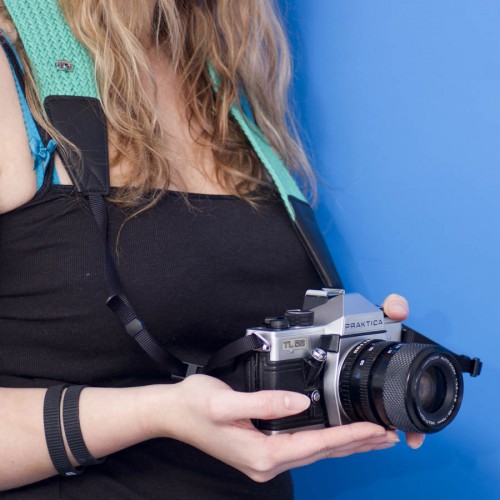 There will be a number of items added to the store this week (fingers crossed!) in the lead up to the fair at the weekend, the first of which is this wide woven cotton strap by Cam-in for DSLR cameras.
Buy the new camera strap here for £15.99

365 days ago Rigu opened it’s virtual doors and I’m proud of what has been achieved over the past 12 months and looking forward to seeing what happens in 2013 and beyond. Huzzah! 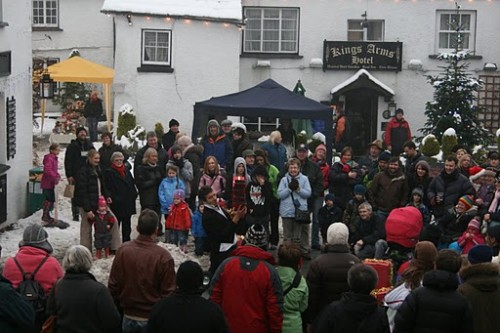 I’m very pleased to announce that Rigu will be at the Hawkshead Christmas Fair on the weekend of December 1st & 2nd. It’s my first fair with Rigu (and in general) so it’s an exciting time and I look forward to meeting lots of people and showing them how a camera strap doesn’t have to be boring but can be colourful and comfortable too.

I know that you’re most interested in high-quality camera straps, but you’ll also find the following at the fair:

I am currently putting together a really nice setup for the stall and prepping for the show, but have not yet decided what to do with the store over the weekend as it will be hard to control stock levels online whilst at the fair, and with the amount I am hoping to sell there it is possible some items will be out of stock after the weekend (so it might be a good idea to get your orders in sooner rather than later to guarantee availability). There will probably be a few special deals for the show, as well as items that haven’t made it to the site yet due to a few timing issues with photoshoots (they’re harder to coordinate when there’s less daylight hours to shoot!

All orders at Rigu are posted out around the world via the Royal Mail. Perhaps in future more shipping options will be added but for now this provides a swift and reliable service. I know it’s early to be thinking about Christmas cutoff dates, but I thought it best to get this information in place sooner rather than later. The following information is taken directly from the Royal Mail website and are to be treated as a guideline rather than a hard and fast rule as to the last times that you can place an order at Rigu (or other online stores). Rigu offers the following shipping methods, free (Royal Mail 2nd class), free ‘Recorded Signed For’ (Recorded 2nd class), First Class, and Recorded First Class. All European and International orders go via Airmail Services.

I will be going to the Post Office each day at around 4pm meaning that orders will be shipped out on the same day if the order is placed before 3pm. 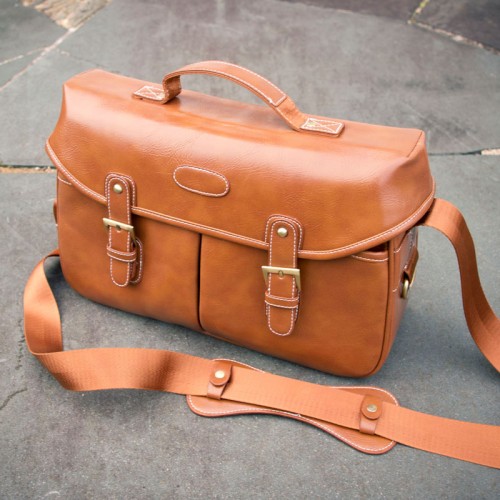 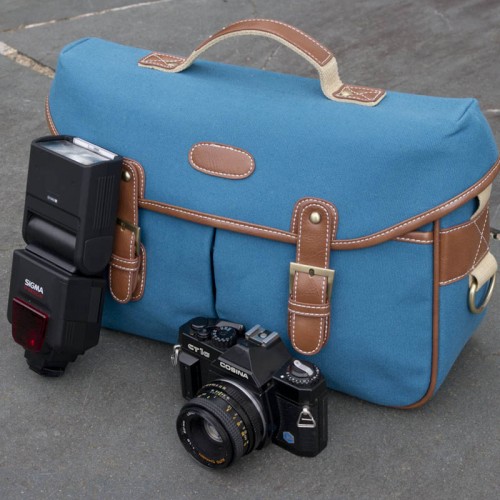 A big heavy box arrived at Rigu HQ this morning containing some restocks and also bags that aren’t on the site yet (new products coming up soon!). The artificial leather bag wasn’t out of stock (pretty close though), but the dark blue bag had been out for a couple of weeks. They’re both big enough to take a body and a couple of lenses with pockets for the rest of the accessories you need when out for a days shooting. 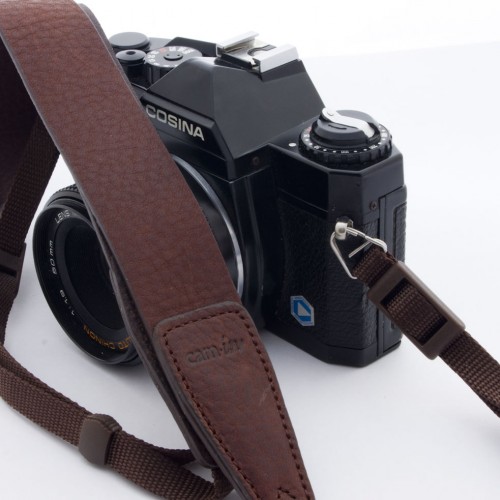 After an unfortunately long wait Rigu has received a large restock of one of the most popular straps on the site, the butter-soft leather strap for DSLRs, bridge and compact system cameras made by Cam-in. It’s priced at £25.99 and available now in the store. A few other items received a stock boost in this shipment as well, but they were all in stock so no need to share them.

Time for another restock recap, this time for the colourful camera straps from !mo (pronounced ‘eye-mo’, probably). Just because they’re colourful doesn’t mean they’re practical, with the cotton tape straps being tested to carry 180lbs, and the neoprene straps testing to an impressive 120lbs (their quick-change mechanism being the reason for the slight drop in strength). 11 of Rigu‘s range of !mo camera straps have been restocked today including three which were previously sold out. As usual the cotton tape straps are £14.99 with UK postage including (though you can upgrade to 1st class and recorded postage if you wish) and £16.99 for the neoprene-backed straps, again with shipping including for Brits. 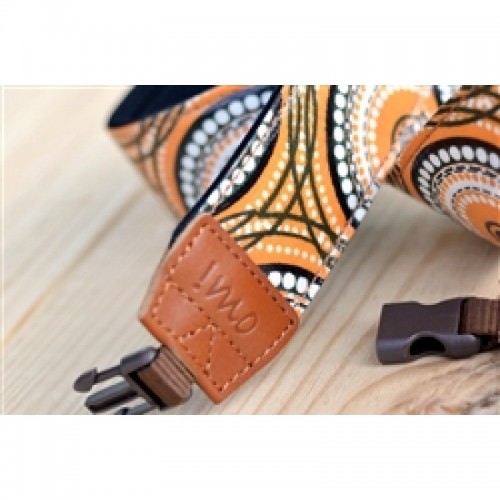 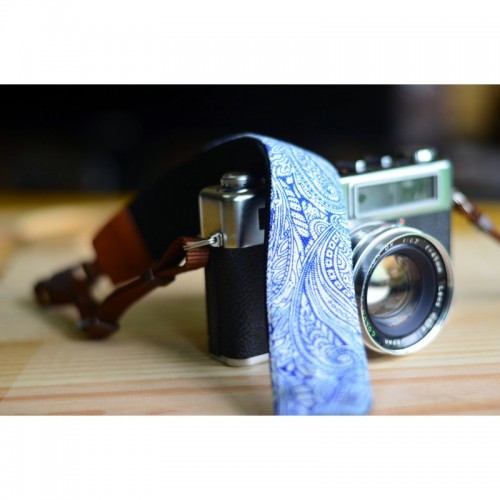 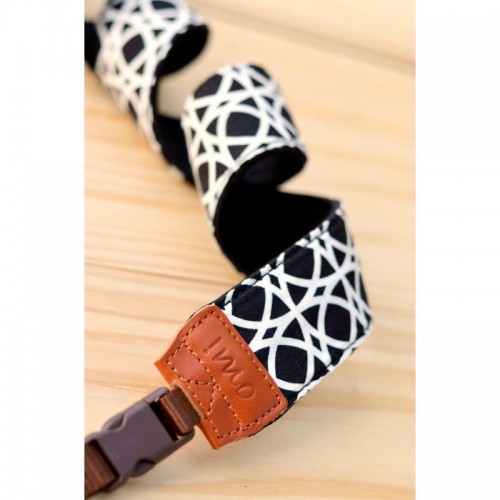 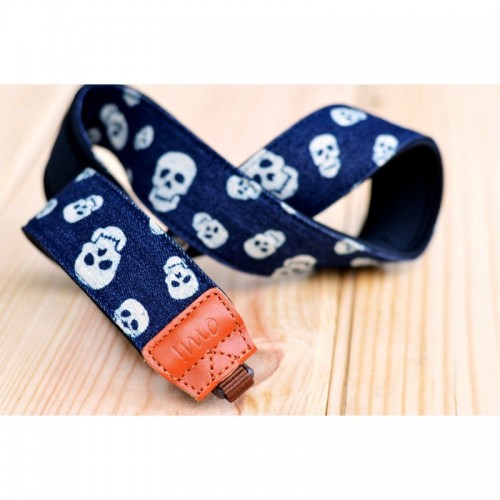 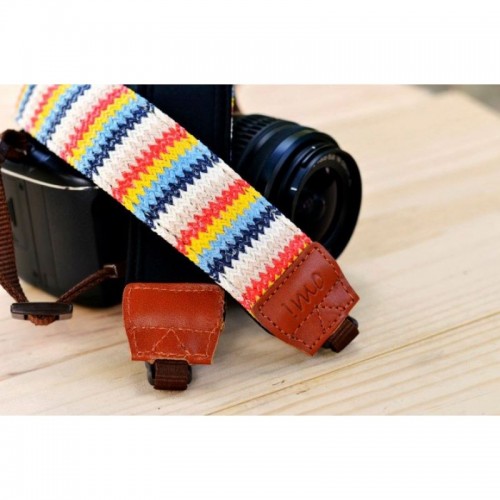 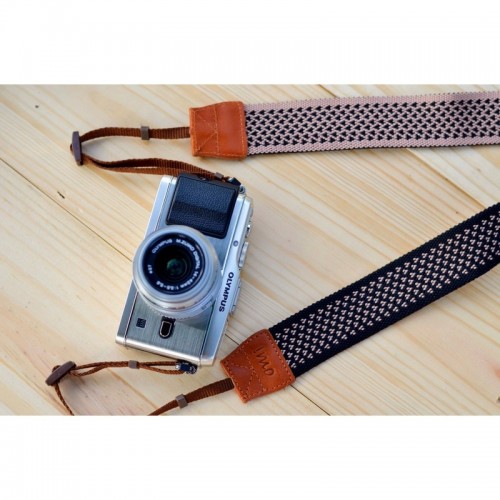 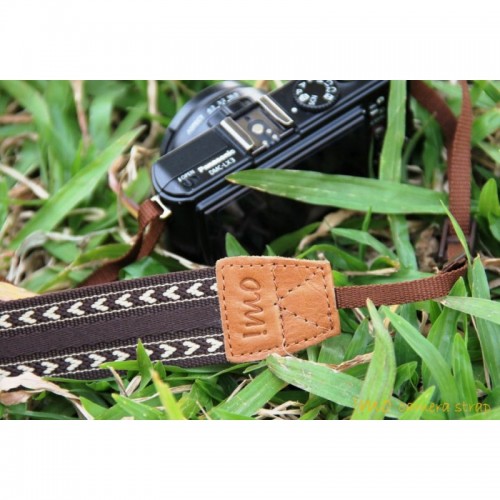 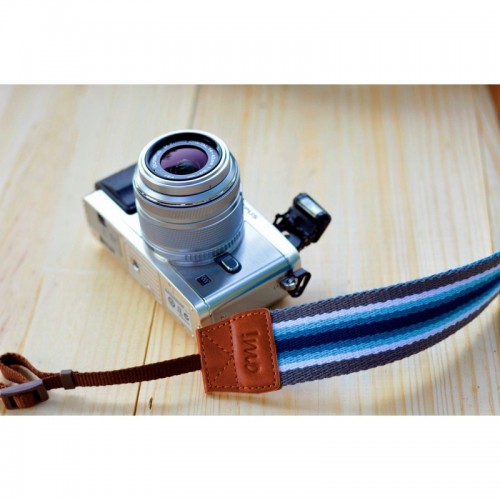 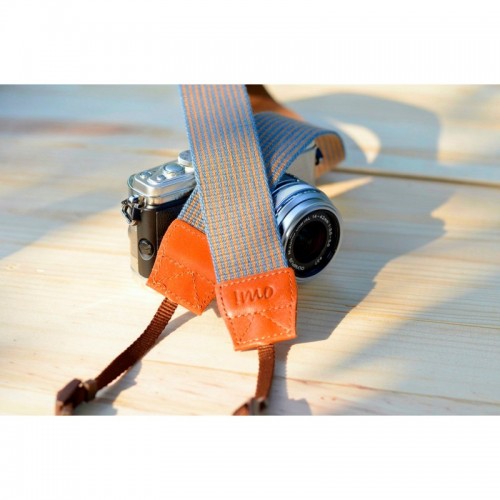 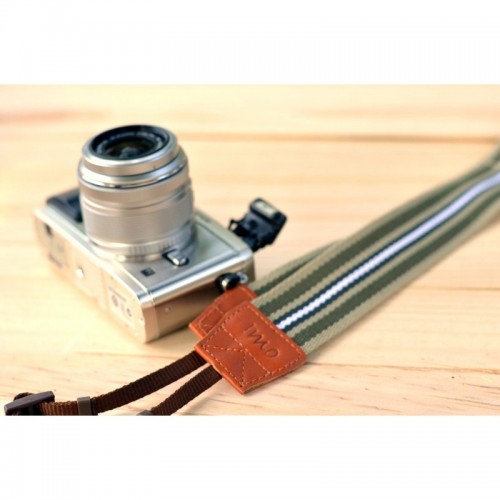 A knock at the door from the courier usually means one thing at Rigu HQ, it’s time for another round of restocks in the store. This time the package was from Cam-in and replenished the stocks of a few items, and brought a few previously out of stock items back in stock.

There *may* have also been a number of new items that will be added to the shop as soon as I take the photos of the straps in action. Here’s a list of which products have been restocked today. 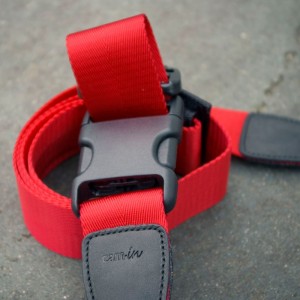 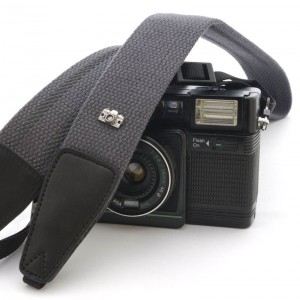 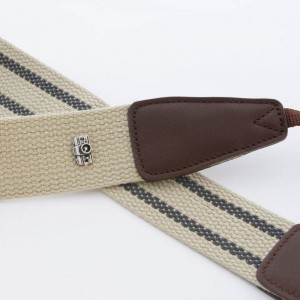 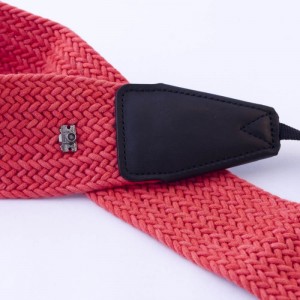 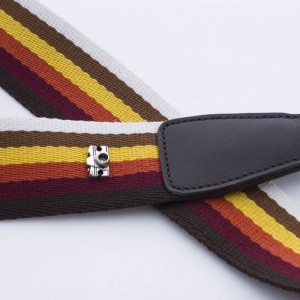 Quick news update, customers in the UK can now add the option of recorded delivery to their order for the cost of £1. This means that 2nd class postage (that is the service used for our free shipping option) now costs £1 with recorded delivery, or you can upgrade to 1st class delivery for £1.50, or 1st class recorded for £2.50.

As the holiday season approaches I will probably be adding next day delivery to the shipping options to ensure gifts arrive in time for Christmas.

European orders remain £2.50 and packages to the rest of the world are £3.50 flat rate, though this may change to a variable system in the future to account for rising postage costs.